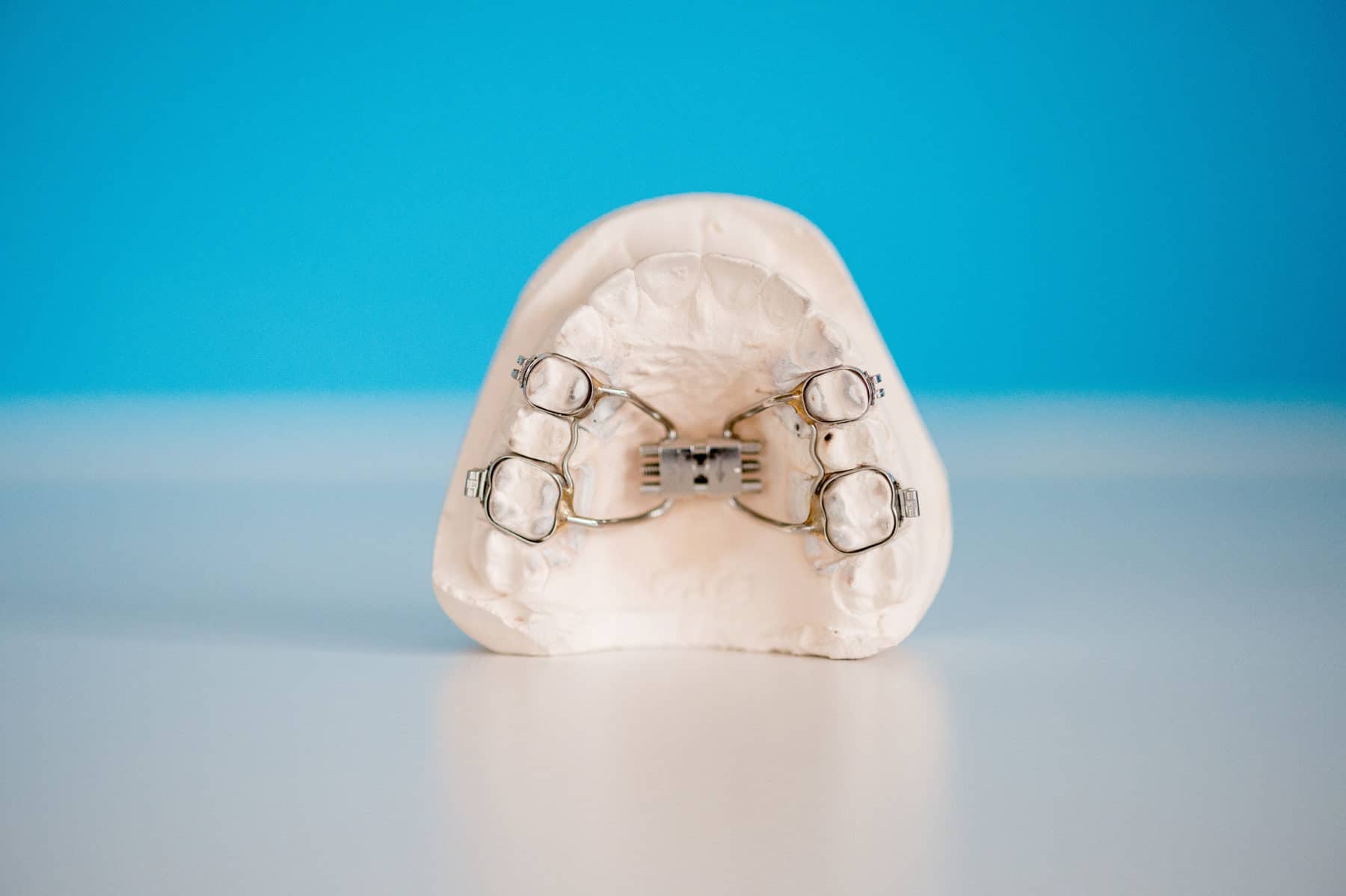 A hyrax, also known as a palatal expander, is used to move the two main bone parts of the upper jaw apart with the aim of making the upper jaw grow wider.

At the palate, there is a screw that must be turned one full turn every day until it can go no further. The upper jaw then widens by 0.25 mm.For some people, the turning process causes discomfort in the first three days. Paracetamol in the right dosage will help.

By turning the screw, the upper jaw will become wider in a few weeks. Do not be alarmed if a large gap appears between the front teeth. At the same time, the upper molars will fall like a lid over the molars of the lower jaw. The goal has been achieved.

After the final result has been achieved, the hyrax should be left in place so that new bone can grow between two parts of the bone that have been pushed apart and so that this new bone is given time to calcify. The front teeth will slowly slide back together again; this is normal and does not mean that the upper jaw will narrow again. After a few months, we will remove the hyrax.

After the hyrax is removed, in most cases a small bar (TPA) will be placed at the roof of the mouth to keep the width stable for as long as possible.

Brush well, as food easily gets stuck under or above the hyrax.

A total of 21 turns must be made, and the first turn already takes place during the placement of the hyrax.